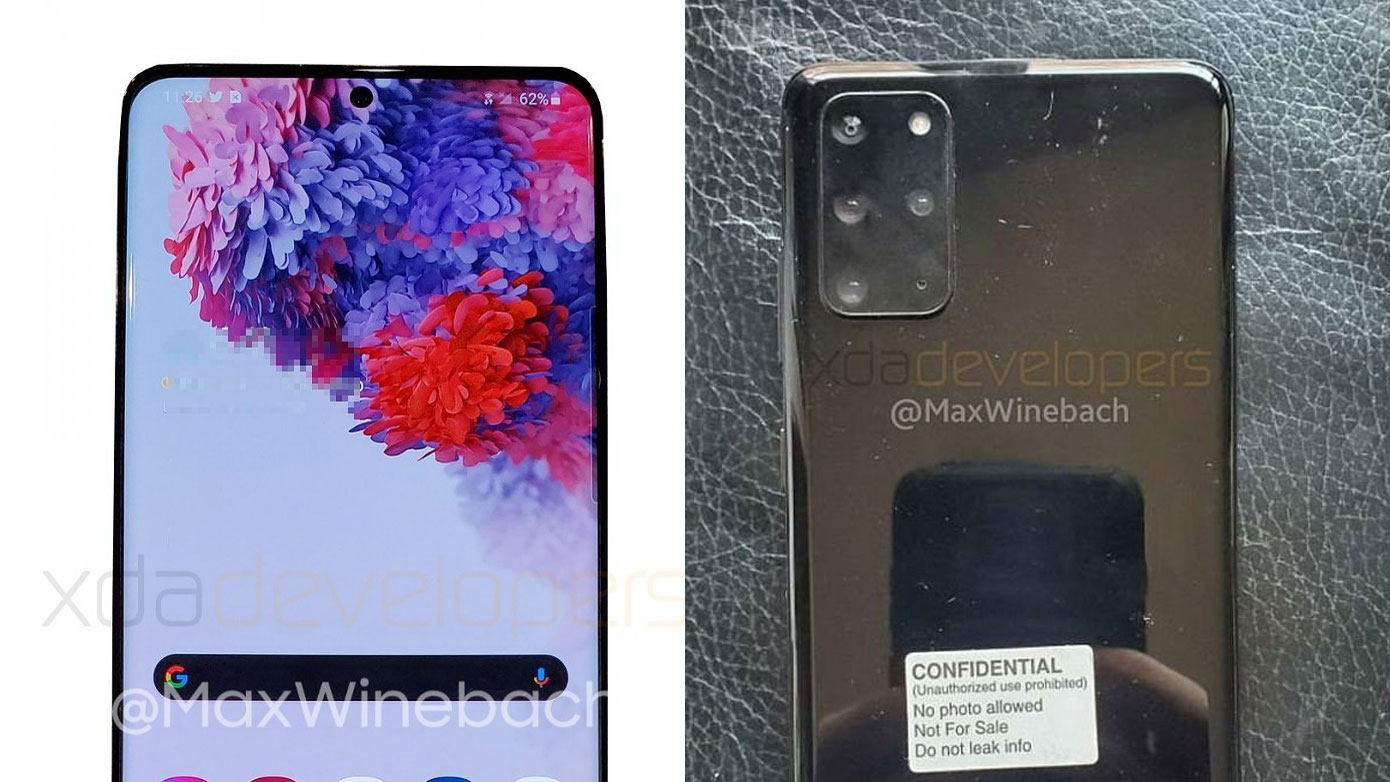 [2020.01.13, Mon 16:05] The other is the Samsung Galaxy S11 range, said to come in regular, Plus and Ultra models. One reputable source has revealed alleged real-life photos of the Samsung Galaxy S11/S20 Plus 5G model, and it seems to confirm a lot of working theories around the phone. Max Weinbach of news outlet XDA Developers has posted leaked images of a new phone to the XDA site. The Samsung Galaxy S11 Plus 5G confirms the penta-camera setup, with four rear cameras, at least one sensor and a punch-hole selfie cam. Weinbach also notes Samsung has opted to use 2.5D glass to convey depth, rather than opting for an overly curved screen. Weinbach does state this image is confirmed to be of the Samsung Galaxy S20 Plus, with the standard S20 and the upper-tier S20 Ultra as the other two models in the range. If the images are accurate, this would confirm the heavily-rumoured name change, as Samsung skips over the next nine iterations of its flagship to start 2020 with the S20. Should Samsung continue to release new phones annually under the same naming system, the numbering will keep pace with the year.
Read on T3.com >   Google the news >>